A new climate report is out, which is by far the most terrible.

The report is the first part of the latest climate change assessment of the United Nations Intergovernmental Panel on Climate Change. It focuses on the physical sciences of climate change, and reports on the current state of the climate, possible climate futures, risk assessments and restrictions on future climate change. Two other reports to be released next year will assess the impact on society and ecosystems and strategies for adapting and mitigating further changes.

The report is written by more than 200 world-leading climate scientists and combines the best available climate science information from more than 14,000 studies.

The following are the top five points I have learned from this latest report.

1. Many changes on our planet are accelerating, unprecedented and irreversible

Climate change is affecting every inhabited area of ​​the world, and some of its effects are accelerating.

Over the centuries and even thousands of years, the scale of several changes has been unprecedented. The current carbon dioxide content in the atmosphere is the highest in at least 2 million years, and the last time the ocean warmed so rapidly was at the end of the last ice age.

Many changes in the climate system are irreversible on human time scales, such as changes in our oceans, ice caps, and sea levels.

2. Human influence on the climate system is the main driving force of change

People firmly believe that human influence on the climate system is the main driving force behind the decline of global glaciers, the reduction of Arctic sea ice, the reduction of spring snow in the northern hemisphere, and the rise of sea levels.

In addition, human-induced climate change is related to the occurrence of extreme high temperatures, downpours (including hurricanes) and drought conditions. It was also found that due to human influence, compound extreme events, such as simultaneous heat waves and droughts, are more likely to occur.

3. We may cross the 1.5C threshold earlier than expected

By 2040, we are likely to exceed the average temperature rise of 1.5 degrees Celsius, which is about ten years ahead of the forecast in the 2018 IPCC report. Part of the reason for this discrepancy is that we have better estimates of the global temperature between 1850 and 1900 (the baseline period of temperature rise), which led scientists to determine how much the planet has warmed since this time. Higher than previously thought.

4. Every warming is important, and we cannot rule out potentially catastrophic events

Without further climate action, we may rise above 2C around the middle of this century, and exceed 5C by the end of this century. The last time the 2.5C level on Earth remained above the level of 1850-1900 was 3 million years ago.

Every time global warming rises by 0.5°C, extreme events will significantly worsen, all regions are in a fragile state, and social and ecological system elements worldwide will be affected.

We cannot rule out low-probability but catastrophic events, such as the collapse of ice sheets and sudden changes in ocean circulation. As the earth warms, the risks will increase.

5. We know what we need to do, and the sooner we take action, the better

Given that every increase in warming is important, it is never too late to act. However, the sooner we act, the better we will be and the more destructive consequences we will avoid. We know exactly what needs to be done.

In the long run, we need to stabilize our climate, which will require at least net zero carbon dioxide emissions. Scientists continue to improve their estimates of how much carbon dioxide we can emit to limit warming to the required temperature level, which can guide policy.

The method of removing carbon dioxide from the atmosphere is expected to balance any residual carbon dioxide emissions, but side effects must be considered, such as the impact on water and food security.

Most importantly, although this report is full of doom and gloom, it is not too late to take action. In a year defined by hot heat waves, flooding, and raging fires, it is encouraging that the same report provided the seeds for strategies to mitigate some of its most destructive forecasts. 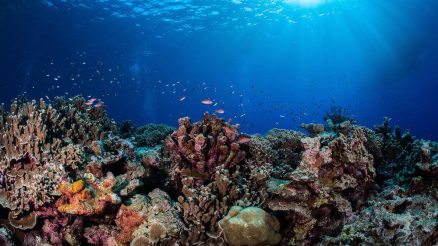