From the Professional Association of Bankruptcy Administrators (ASPAC), they point out that after their enormous effort in recent months in defense of the profession, the final text presents very significant advances for the insolvency sector

ASPAC has been very active in proposals for the improvement of the new Bankruptcy Law. Thus, they highlight as one of the great achievements of the text the reduction of the scope of the special procedure to the parameters proposed by ASPAC. This is a very important point considering that, with the previous proposal, said procedure would apply to a percentage of practically 90% of the companies that present a tender.

Another essential aspect in which the Association has been focusing is the improvement of the conditions of the Second Chance. Diego Comendador, president of ASPAC, points out that they demanded that the statistical data of public credit be valued and, finally, these figures are what have served to configure the amounts of the exemption of this type of credit. This has been one of the most controversial points throughout the processing of the Project and from the Association they are satisfied to have achieved “fairer conditions that really allow access to the second chance, since the non-exoneration of public credit It was a barrier to saving viable companies.”

The “punishment” of reducing the fees of the bankruptcy administrators, at the discretion of the judge

ASPAC recently published a report that debunked the false myth of its high fees, showing that there are even contests in which the costs outweigh the benefits. Thus, they also criticized that the new Bill came in the form of a penalty for insolvency professionals, blaming them for the duration of the insolvency proceedings and “punishing” them by reducing their remuneration.

Now, with the amendments introduced in the Project, article 86 is modified, which entailed the penalty of the bankruptcy administrators’ fees in case of exceeding six months of liquidation, a period that has been increased to 8 months. In addition, it will be the judgment of the judge that defines the imputability of the Insolvency Administration in each case.

Unai Olabarrieta, vice president of ASPAC, is optimistic and affirms that “from the Association we have worked tirelessly with the parliamentary groups to improve the initial text that was presented last year. After months of much effort, we can say that great progress has been made taking into account the opinion of the experts, although we are aware that there is still a lot to do.”

A boost for the specialization of the profession

From ASPAC they have been demanding for years the creation of a Bankruptcy Administration Statute that would allow regulating the profession and promoting the specialization of bankruptcy administrators. The first text of the Bankruptcy Project, however, entailed great uncertainty with regard to professional figures, whose definition was raised in a confusing manner and cast doubt on the “who does what” of insolvency proceedings, which caused intense reviews in the industry.

The latest modifications introduced in the Project represent in this sense an improvement that ASPAC celebrates. For appointments, if there were enough people registered on the list, those persons who had been appointed to any of these positions in more than 20 competitions that were in process on the date of the appointment could not be appointed insolvency administrators or delegated assistants.

In addition, with regard to access to the profession, article 61 is modified, so that those professionals who prove the required experience are exempt from taking the test.

The insolvency administrators as experts in restructuring 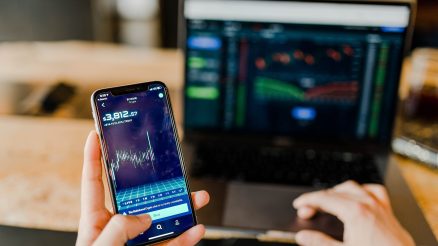