On Friday, there were three separate attacks after a helicopter carrying President Ivan Duque was shot near the border with Venezuela.

At least 9 people (including 4 policemen) were killed in three attacks across Colombia, and there has been a surge of violence and instability in several areas of the country recently.

On Sunday, a police statement stated that three off-duty policemen were killed in an attack by armed men in the northeastern town of Palitias. A police officer’s pregnant wife was also injured.

Mayor Julian Perdomo told AFP that in the southern part of the country, five men were found murdered in San Vicente del Caguan.

Mayor Jorge Ivan Ospina said that the fourth policeman was also killed in an “invasion of armed groups” near the city of Cali in the southwest.

It is not clear who is responsible for these three attacks, but the authorities often attribute such violence to armed groups—including dissidents who rejected the 2016 peace agreement between the government and the FARC rebels.

A wave of attacks followed Helicopter transporting President Ivan Duke He and other government officials were shot dead on Friday near the border between Colombia and Venezuela.

No one on board was injured, but photos released by Duke’s office showed that the tail and main blades of the aircraft were hit.The government has Provided nearly 800,000 U.S. dollars in rewards Any information about who is responsible.

At the beginning of this month, Car bomb explosion At a military base in the northeastern city of Cucuta—Duke’s helicopter was flying towards the same city when it was hit—also caused 36 injuries.

Indepaz, a Colombian watch organization, said there have been 45 massacres so far this year-three or more deaths in one incident.

The International Committee of the Red Cross (ICRC) stated in a report in March that Colombia also experienced a resurgence of violence last year, as at least five conflicts with armed groups are ongoing. The ICRC stated that 389 people (mainly civilians) were killed by explosive devices last year, the highest number since 2016.

The country’s human rights monitor stated in April that by the first quarter of 2022, more than 27,000 people had been displaced in Colombia, an increase of 177% compared to the same period last year.

The Ombudsman stated that people were forced to leave their homes during threats, murders, forced recruitment by armed groups, and conflicts between armed groups.

Anti-government protests have also frequently occurred in Colombia since April, when critics claimed that a proposed tax reform would disproportionately harm the middle and working classes, forcing thousands of people to take to the streets.

Since then, the demonstrators have asked the government to take action to address poverty, inequality in health care and education, and increasing violence across the country.Rights groups have Raise concerns about police violence Related to these protests. 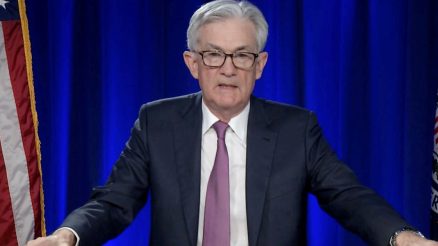