On this page we discuss Mithril. The best-known social media channels currently make their money because we (the user) poke around on their platform. Of course they ensure that we are served at our beck and call, but without the content we create there is no money to be made. Mithril does want to reward the user for creating content and how they want to do that is explained in this article.

We take a closer look at Mithril and the use case with which it tries to get big here. In addition, we discuss the MITH coin and the Mithril forecast for the future. What will the Mithril crypto do?

Mithril is a decentralized social media platform based on the blockchain. They want to ensure that the user is rewarded for his participation in the platform. Anyone who creates, comments on or shares content can earn MITH. With the MITH coins, users can then buy things or purchase a service.

Earning these MITH coins is also called ‘Social mining’. This idea was devised by Mithril himself and it should ensure that the distribution of the coins is fair. The bottom line is that users mine the coin by engaging in the social interaction. All interactions you make ensure that MITH is mined.

The more valuable the content, the more MITH coins you receive. Of course, the value of content also depends on the number of users who respond to or share your content. Thus, both Mithril and the user benefit from growing user numbers.

The more popular the network becomes, the more chance there is to earn MITH. This can create a domino effect as it encourages growth. In this way Mithril thinks he will grow up and compete with the big boys.

There is just a lot of competition. Facebook and Instagram dominate the market and there are also blockchain companies that focus on social media. For example, we’ve written about Steemit before.

It is therefore important for Mithril to attract users to the platform. With their unique ‘Social mining’ they have an asset that can be very valuable in the battle with their competitors. If they manage to grow, this will be favorable for the Mithril price forecast.

What does the Mithril course do?

The Mithril price was established from a private token sale held on February 21, 2018. For 1 Ethereum, investors could buy 5000 Mithril coin at the time. That works out to about $0.17 each. In total, 30% of the total supply was sold in that sales round.

As soon as we look at the Mithril price, we clearly see that the first quote was on April 1, 2018. Immediately after the launch there was action and we saw the price rise and fluctuate considerably. By the end of that year, things had calmed down a bit and the price started to move sideways.

MITH held a private sale instead of a public ICO and had a deal with the OKEX exchange in the beginning. Mithril’s CEO said:

Exchanges were asking for million to multi-million list pricing, the biggest exchanges are like king makers. They (OKEX) said no fee and asked for exclusivity.

He may have chosen a different route, but one that cost him little money.

While you use Snapchat and don’t make money from it, in the meantime there are already people who do make money with a similar social media platform called LIT. This platform was created by Mithril’s team. It’s a place where young and old can make friends, post stories and chat with each other.

Of course, users of the LIT platform can earn MITH from their stories and other content. You can compare it with other major social media companies, only users who go viral on the LIT platform do get money.

With LIT they have created a platform themselves, but MITH can also be integrated on other social media platforms. Whether Facebook or Instagram will work with Mithril I don’t know yet, but Mithril is actively looking for partners.

When users earn MITH coins, this is stored in the Mithril Vault. This is a wallet where your MITH will appear after you have mined it. You are supposed to connect the wallet with the platform you are on. You can connect multiple platforms with this wallet.

If you become immensely popular on social media, so that you start earning tons of MITH, you can convert your coins into, for example, Bitcoin via this wallet.

The fact that Mithril is not only focusing on their own Dapp (LIT), but also looking up other social media platforms is a smart move. Mithril needs to be brought to the attention and the wider it can be used the better. If they manage to find partnerships and grow as a result, this will work out well for the MITH price and result in a high Mithril price expectation.

What is the use of the MITH coin?

For a positive price prediction of Mithril, it is important that people realize that their input on social media can be valuable. They are the reason major platforms like Facebook are raking in advertising money. It is up to Mithril to show that things can be done differently.

Do you expect this use case to only get bigger in the future? Then you can consider buying the token. For this it is good to at least pay attention to the trend of the price and the supply. How many additional tokens will be released on the market in the future?

Where to buy Mithril?

Before you buy MITH, it is wise to do good research first. Have you decided to invest in MITH? Then you can do this on various exchanges, including that of Binance. If you don’t have an account yet, you can create one here.

Since 2017 I have been involved with Bitcoin and the blockchain. Since then, the interest has only grown and most likely will not stop. It started with investing in Bitcoin and altcoins, but since 2020 I also enjoy writing for Currentcrypto!

View all posts by Jelmer 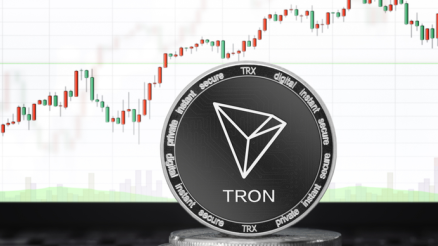 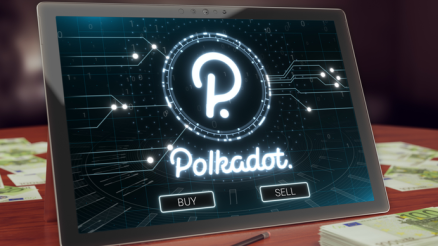