Rapid KL launches bus service city ​​jump New, it will take you on a tour of interesting places around the light rail station. Considered “the easiest way to visit attractions around Kuala Lumpur, there are currently two pilot routes under implementation until 30 April 2022. 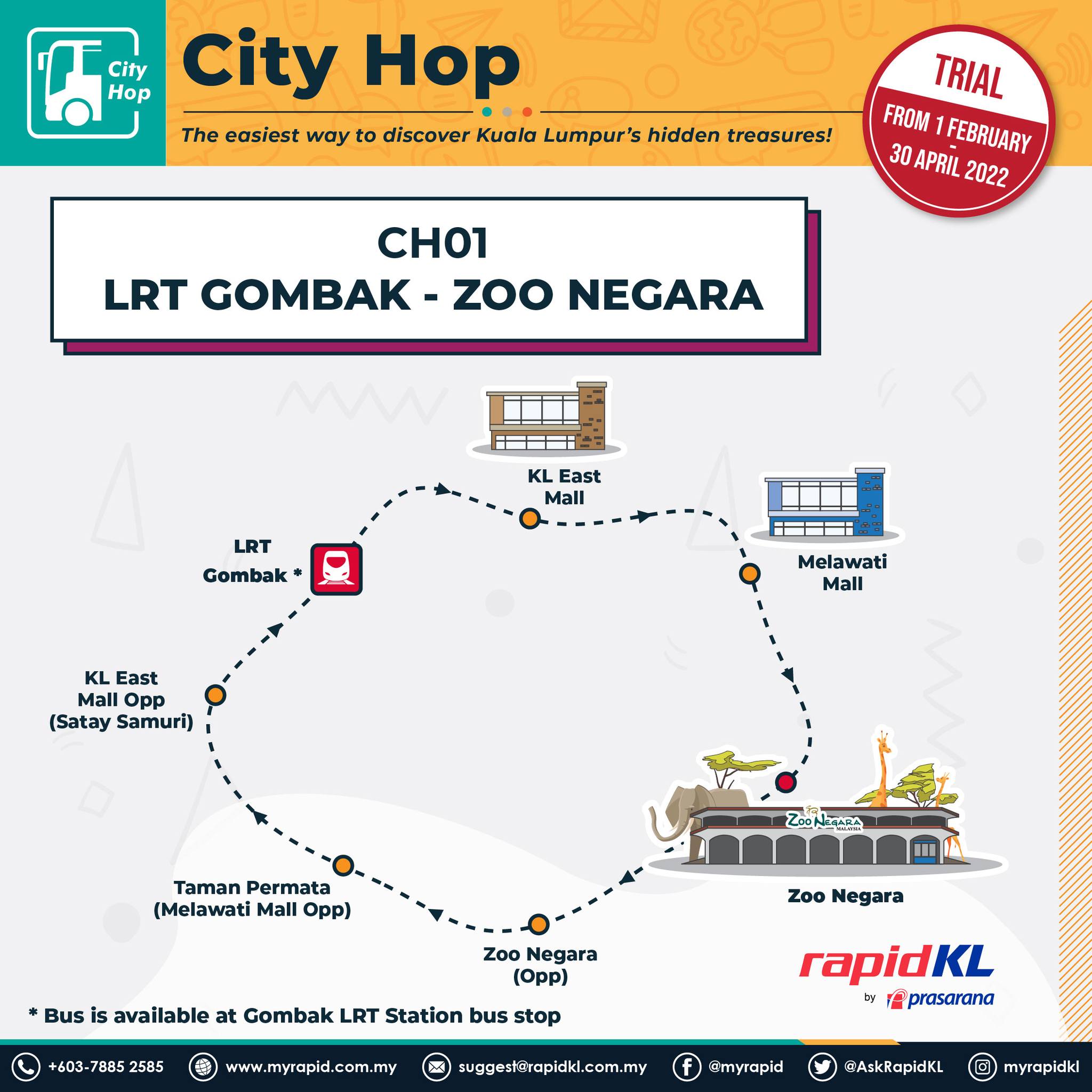 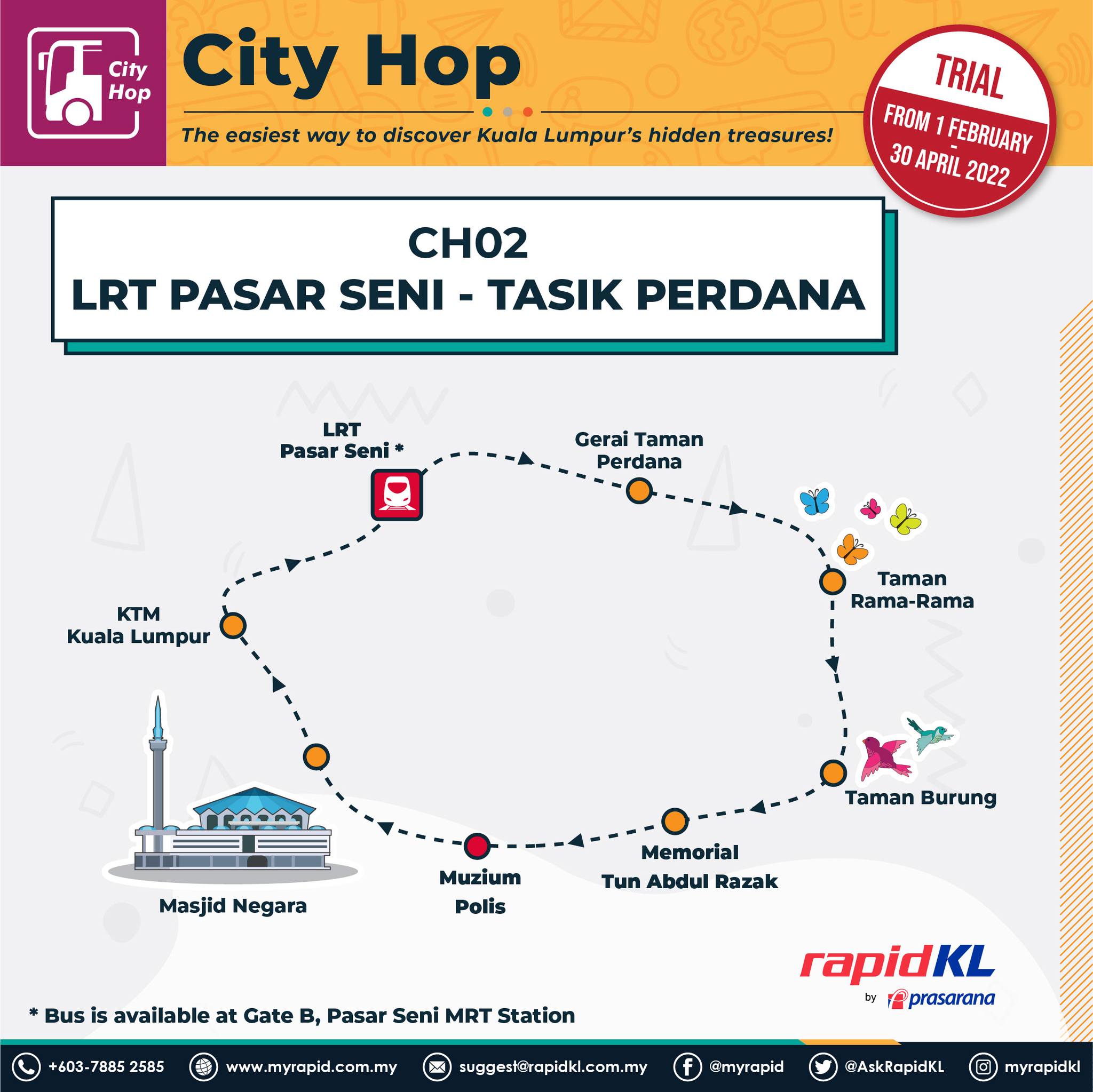 According to Rapid KL, City Hop buses depart from the LRT station 10 times a day, every hour from 8.30am.Currently, a promotional fare of RM1 has been launched, which can be paid by card touch and go. However, all Rapid KL Unlimited Travel Passes (MyCity, My50, Keluarga Malaysia) and discounts cannot be used for this City Hop bus service. 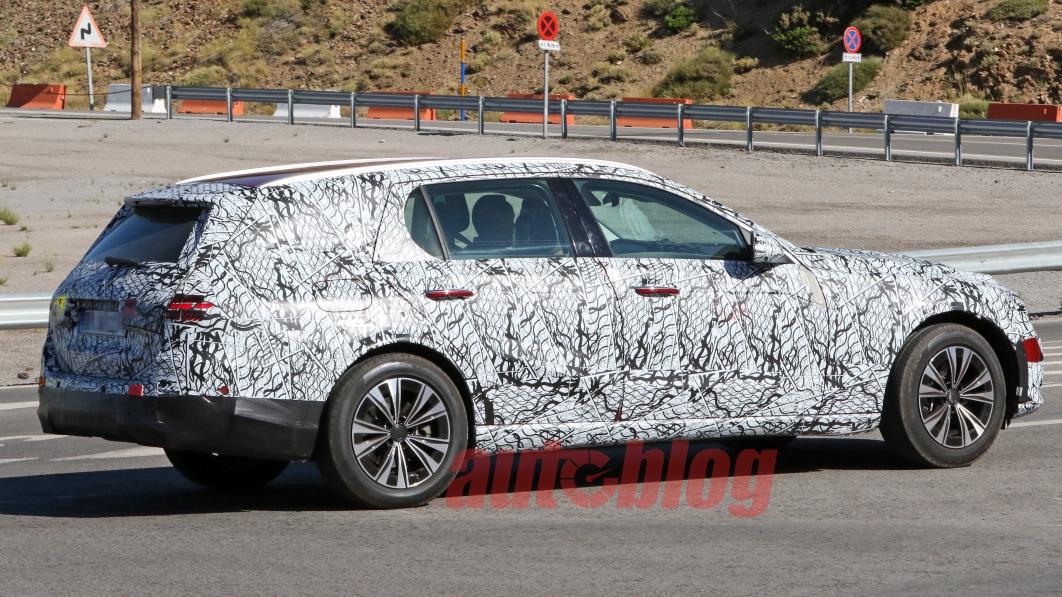 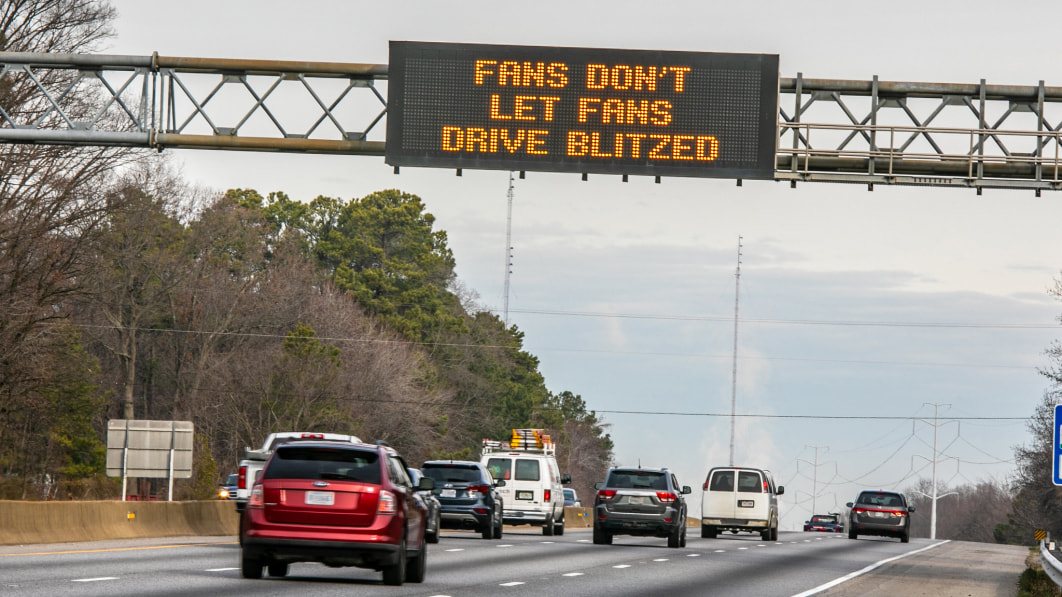