The Government hopes to complete the great reforms committed to in Brussels, with the ‘startup law’ at the head, in the last quarter of the year, in a final stretch until December marked by the disbursement of European funds.

The Law for the promotion of the ecosystem of emerging companies, better known colloquially as the ‘startup law’, reached the Congress of Deputies at the end of December last year and accumulates more than 250 amendments that must be debated.

The Executive has already carried out the bulk of the reforms in this framework in the first half of the year with the approval of the 5G cybersecurity law, the telecommunications law and the audiovisual law, although it must also complete the regulatory development of these texts with multiple open queries.

Likewise, it is expected that by the end of 2022 the last 5G auction will be held, that of the 26 GHZ band, with which it is contemplated to complete the cycle of spectrum auctions and raise 140 million euros for public coffers.

One of the first key dates of the new digital course will be the next September 2e, when the applications for the new section (3 to 9 employees) of the Digital Kit will be opened, with a call endowed with 500 million euros that opens the door to also finance ‘hardware’ for SMEs.

At the beginning of August, the Executive had awarded more than 21,000 bonuses to companies with between 10 and 49 employees, out of a total of 68,000 subsidies.

In addition, the call for the self-employed must also be launched at a later date, which will be the one that reaches the greatest number of recipients.

In parallel, the Secretary of State for Digitization and Artificial Intelligence has set itself the goal of progressing in the deployment of the National Plan for Digital Competences with the launch of programs that depend on the central government– since the part most linked to education is competence of the autonomous communities–.

Likewise, the department headed by Carmen Artigas also plans to continue taking steps to launch the ‘sandbox’ that will test the European Artificial Intelligence Regulation and must close the constitution of the Spanish Algorithm Supervision Agency before the end of the year.

These two projects will be accompanied by new aid to investigate 6G, develop 5G industrial projects or promote satellite connection in remote areas.

Likewise, during the DigitalEs2022Summit, the Secretary of State for Telecommunications and Digital Infrastructures, Roberto Sánchez, assured that the Executive was studying projects to improve the connectivity of the Balearic and Canary Islands through the co-financing of submarine cables.

Another of the actors from whom intense activity is expected is the National Institute of Cybersecurity (Incibe) which should accelerate the execution of its programs to strengthen Spanish companies in the sector.

The entity, directed since June 15 by Félix Barrio, must also launch various training initiatives, as well as a business accelerator and incubator with a budget of 73 million euros.

Along with these initiatives, news and new projects are also expected in the Strategic Projects for Economic Recovery and Transformation (Perte) related to digitization, such as the Perte of the New Language Economy and the Perte Chip. 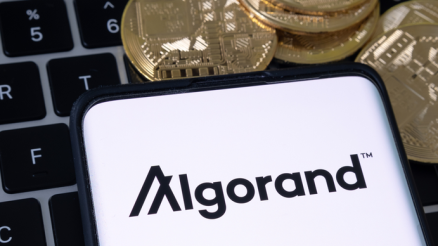