In the judgments of jaundice by successive Canadian governments, “Muslim” is just another six-letter word for “guilty”.

If you question the authenticity of this straightforward prosecution, let me introduce Hassan Diab.

Since 2008, the Canadian scholar, husband and father of four children born in Lebanon has had to endure-the Conservative and Liberal governments have the responsibility to defend the rights of the 67-year-old Muslim-a strange and sinister The tribulation of swallowing others into the abyss of despair and obedience.

Nevertheless, for 13 years, Diab did endure-the love of his family, the firm defense of his innocence by the lawyer, and the support of his fellow Canadians, who knew that he was not only a victim of blatant injustice, but also a distorted design and connivance. The victims of powerful French and Canadian officials and malicious “interest groups” intend to collect another Muslim scalp in the permanent “war on terror.”

How and when Diab’s long and surreal journey from a professor of sociology to the accused terrorist ends, this is about whether Prime Minister Justin Trudeau takes Islamophobia seriously and his attitude everywhere, or The tangible test of whether he will continue to spout sweet bromide in front of another Muslim-Canadians’ lives become cheap and disposable.

Mr. Prime Minister, the one-day “summit” to fight Islamophobia will not work.

There is no doubt that Trudeau has the ability to end Diab’s hell on earth-now. Trudeau is capable of correcting the series of mistakes Diab suffered and ending the pain, uncertainty and turbulence that he, his wife and children endured with extraordinary grace and patience. Trudeau is finally able to put the fate of persecuted Canadian Muslims before the serious misconduct of French prosecutors and the blind hostility of religious fanatics who are more interested in revenge than justice.

Diab’s transatlantic crucifixion case approved by the state began in 2008. At the request of the French authorities, Canada’s obedient federal police, the Royal Canadian Mounted Police, arrested Diab because of a deadly bombing outside the Paris Synagogue in 1980.

Mainly based on untenable conjectures, Diab was sentenced to three months in prison in Canada (his adoptive home), and only if he and his partner paid $2,800 a month to purchase a GPS that monitors his whereabouts 24/7. He was released after the cost of the equipment.

“I do not think so [Diab] Will be detained [in 2008] Isn’t he a Muslim Canadian? “Paul Tetrault, a retired lawyer and board member of the British Columbia Civil Liberties Association, told the Toronto Star. Tetrault is certainly right.

Later, Diab’s arrest was based on the disclosure of lies, which intensified the insult.

At the time, French officials-whose laser beam-like interest in Diab was ignited by secret “intelligence” from unknown sources in 1999-insisted that they were unable to recover a usable fingerprint bomber from the Paris hotel registry that was believed to have been completed. Years later, a French magistrate admitted that a usable print had actually been found. Facts have proved that Diab is not an opponent.

At the same time, French prosecutors sought to extradite Diab not to face the charges. Please note, but to become the main suspect in the myopia investigation conducted by the same reckless bureaucrats who concealed evidence of possible (and ultimately) acquittal. .

For six years, Diab has been trying to prevent Canadian government lawyers from debating extradition in Ontario courts on behalf of France. They have tried to hand over a vulnerable Canadian Muslim to Paris to appease Paris.

In his struggle to remain free and lonely, financially and emotionally in Canada, Diab was fired from his job as a lecturer at Carleton University in Ottawa-a regrettable cowardice and administrative staff suffering. The Jewish advocacy group for surrender affected by due process allergies, whose applause leader hopes Diab will go out, is obviously to protect young people. “This man is in the last place in the world [Diab] Belongs to a university classroom, in front of vulnerable students. “

Returning to the court, Judge Robert Marange refuted the so-called “intelligence” that the French relied on to train them to target Diab as “argument, speculation and analysis, not evidence.”

The crazy French quickly abandoned their once blameless experts and submitted another report, claiming to confirm the “finding results” of the earlier untrustworthy report. Five other experts testified that all so-called “forensic analysis” is nonsense, and any objective review will exclude Diab instead of listing Diab as a suspect.

Despite the ruling that the handwriting “analysis” is “very problematic”, and the case against Diab-indeed-“weak… [with] The dubious conclusions” combined make “the prospect of conviction in the context of a fair trial seem unlikely.” Judge Maranger reluctantly agreed to Diab’s extradition on the grounds that Canada’s extradition law was poorly conceived.

Therefore, when the Supreme Court of Canada inexplicably refused to hear his appeal, Diab was transported to France in 2014—another Canadian Muslim sacrificed to elevate the timid politician’s “anti-terrorism” qualifications. They immediately rejected Diab. Yabu is regarded as a “terrorist”. “, not a citizen worthy of protection.

Diab spent three years and two months in a heavily guarded prison-most of the time in solitary confinement-without charges, while the French investigating judge was investigating the bombing.

By 2017, four French anti-terrorism judges issued a total of eight separate orders demanding the release of Diab. They considered the handwriting analysis worthless and determined that Diab was likely to have been studying and writing exams in Lebanon during the date when the bomber was believed to be in Paris. A magistrate wrote that his findings “raised serious questions about the prosecutor’s case against Diab.”

The French Court of Appeal overturned every order until January 2018, after the French magistrate concluded that the case was closed due to lack of evidence, Diab was released and returned to Canada.

However, the French Supreme Court made an unprecedented ruling in May of this year that the prosecutor can continue to try to prosecute Diab, which increases the alarming prospect that he may face extradition again after the trial in absentia.

It is hard not to view France’s relentless pursuit of Diab as a politically motivated vendetta and an ugly and heartfelt outrage against Islamophobia, spreading in a vicious manner in a so-called enlightened society.

Diab is a well-known sacrificial lamb, and the French authorities seized it with crazy determination. Regardless of evil and double-faced methods, they hanged it under their feet and called it justice.

Prime Minister Trudeau’s challenge is clear: through his actions, rather than carefully calibrated rhetoric or public relations gimmicks, prove that Canada will no longer tolerate the inhumane pursuit of Diab, and ensure that innocent Muslim Canada will not be abandoned again. Man satisfies the corrosive demands of France for revenge. 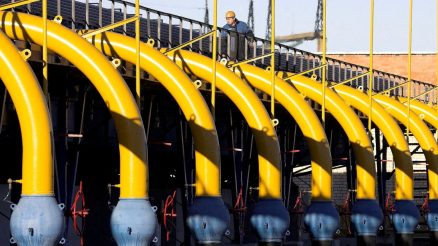