The Social Chamber has issued a ruling in which it recognizes the active legitimacy of the UGT unions and Workers’ Commissions to sue Portier Eats Spain, an Uber group company, for the alleged dismissal of self-employed delivery people after the entry into force of the Law Rider on August 12, 2021.

The court concludes that “acknowledging the legitimacy of the aforementioned unions implies averting a certain danger of defenselessness of the affected persons, since the refusal to admit such legitimacy would make it impossible to challenge the collective business decision that could be classified as constituting a collective dismissal carried out carried out without following the procedures of article 51 ET”.

The Chamber upholds the appeal filed by UGT and CCOO and annuls the ruling of the National High Court that denied them legal standing to challenge the alleged dismissals. In its ruling, the Supreme Court also orders that the lawsuit against the company Uber System Spain SL be considered extended.

In addition to declaring the nullity of the proceedings, it orders their reinstatement at the time of the proposal of the documentary evidence formulated by the plaintiffs, which is admitted, and the National Court must dictate the necessary provisions for it to be practiced, following the procedure by its procedures, with summons to trial and subsequent sentence in which said room, with full freedom of judgment, resolves the issues raised by the parties.

The Chamber explains that, according to the proven facts, the defendant company sent the delivery men several messages, through the digital platform Uber Eats, in which they were informed that they were not going to receive any more delivery requests and that their accounts had been deactivated. , so that an undetermined number of people who to date carried out these tasks were no longer able to access the performance of these functions.

The two unions -UGT and CCOO- filed suit against the company considering that this action should be considered as a collective dismissal, applied by way of fact. The National Court considered the lack of legitimacy of the claimant unions alleged by Portier Eats Spain and rejected the claim.

The Supreme Court emphasizes that it is possible to recognize that the plaintiff unions were actively entitled to challenge the de facto collective dismissal referred to in this proceeding, to the extent that, on the one hand, they comply with the so-called “principle of correspondence”, which implies carrying out the legal purpose that the representation required in the process is that which corresponds to the workers affected by it; and, on the other, it is possible to recognize that the legal requirement of “sufficient implementation” that the unions themselves have in the field of collective dismissal is met.

The sentence, presented by magistrate Ángel Blasco Pellicer, explains that in the context of a de facto collective dismissal that may affect people who had been providing services in the defendant company with respect to whom their status as employed workers could be questioned and in which there is no evidence of the existence of legal representation of the workers, it seems logical to conclude that the most representative unions in the sector to which the company belongs have legitimacy to sue and uphold the illegality of the business decision, under penalty of actually preventing the challenging the business decision to terminate the relationships of the people who provided services in it.

In addition, the Chamber indicates that the unions, whose active legitimacy is denied by the judgment under appeal, turn out to be those called by law (article 51.2 ET in relation to article 41.4 ET), ultimately, in the absence of legal or union representatives in the company, to be able to be appointed to the constitution of the ad hoc commission to negotiate during the consultation period, by providing the aforementioned regulations that the members of said commission could be appointed by the most representative or representative unions of the sector to which the company belongs .

It points out that “denying legitimacy to the most representative unions of a state nature and which, in turn, hold such a character in the sector, in a case such as the present one of absence of legal or union representation and of the impossibility of constituting an ad hoc commission in the terms of article 41.1 ET, would prevent the challenge of the extinctive business action of a collective nature questioned here”.

According to the court, this would mean “not only emptying the content of the right to effective judicial protection that workers may have from a collective perspective, but also completely distorting the legal requirements derived from article 51 ET, since the company’s decision would become irrevocable, only pending the possible individual actions of the affected workers, which have a different purpose and serve to protect interests not comparable with those that the collective process tries to satisfy. 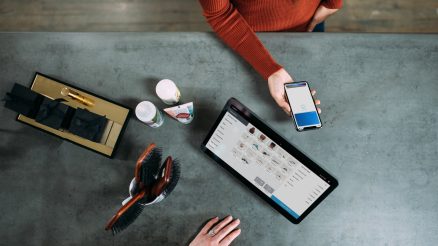